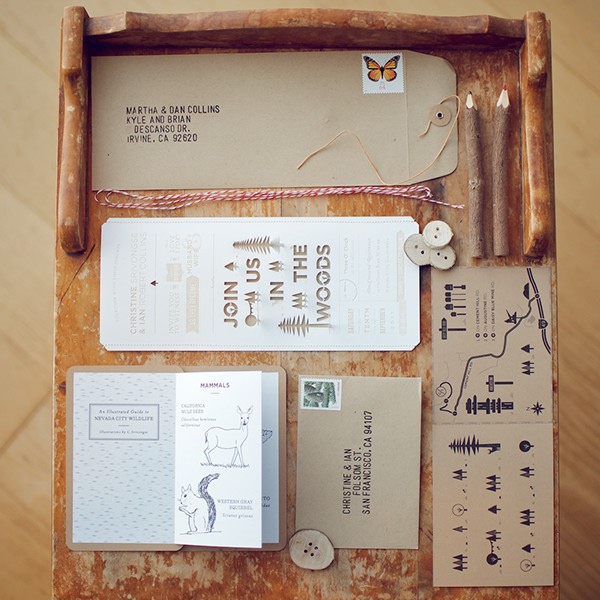 If there’s one thing that probably won’t ever go digital, it’s the long-held tradition of sending wedding invitations. According to etiquette expert Lizzie Post, co-president of the Emily Post Institute, going paperless is not appropriate for a wedding—especially when keeping in mind they are kept as keepsakes, not to mention considering your older guests. Wedding invitations are alive and well on Etsy and at letterpress shops across the world who still print the old school way, and beautiful wedding invitation design is a surefire way to make your mark on the big day before the big day even comes.

“Weddings are such an important event in a person’s life and for many people, this might be the only formal event thrown in their honor,” said Post. “A mailed invitation carries clout and sentimentality for such a revered event; the formality of the invitation reflects the formality of the event, and a physical representation of this event in the communication stage is still important, even if it’s a small wedding.”

In celebration of print wedding invitation design, here are some outstanding examples of wedding graphic design—and what makes them special.

1. Nothing beats a treasure hunt map

Portland-based graphic designer Ian Collins designed his own wedding invites with his wife. By using their home printer and a rented laser cutter, they gave their wedding invitation design an “In the Woods” touch. “Our wedding was in the woods, and we hoped the pop-up trees would give our prospective guests a taste of event they would be attending,” said Collins. “The RSVP card was perforated, which let the guest remove the response card and keep a handy map of the surrounding area. An accordion-style field-guide was also included, with illustrations done by my wife of local plants and animals.”

Dallas-based graphic designer Emily Holt says a perk of being a graphic designer is creating your own wedding invitation design. “But the downside of being a graphic designer?” she asks, “you can design your own wedding invitations—and basically have to—I could have easily spent 50+ hours on mine, so I tried not to overthink things and keep it simple.” She explains how she dated her partner Brad for six years before getting hitched, so she wanted to incorporate their love story into the design. “I illustrated icons for major milestones in our relationship for the back of the main invitation. From there they’re a mix of simple, graphic patterns and my favorite color palette.” 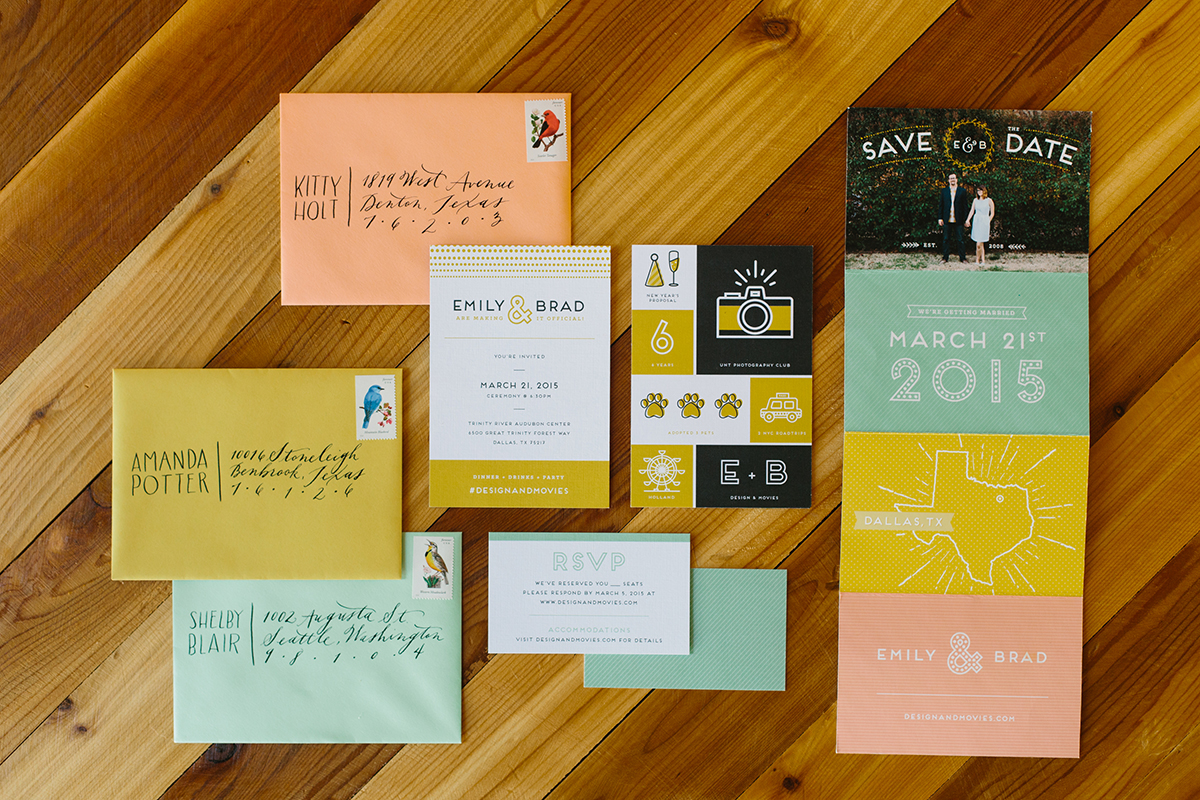 3. It’s a way to bring the wedding’s vision alive

Melissa Arey, the graphic designer behind Hello Invite has made countless wedding invitations. Since she first fell into the business after making the invitations for her own wedding. “When my husband and I got married, I did all of our wedding paper goodies, I loved every minute of it, thinking this would be so much fun to do for a living,” she said. “I was so shocked at how many compliments we received from the invites to the programs and reception mementos. What started with one set of invites quickly grew through word of mouth and here we are almost seven years later and each year gets busier than the last.”

Arey says that she hopes to give a strong introduction to the couple’s big day with the invitations. “I love meeting new brides and bringing their wedding vision to life on paper,” said Arey. “I strive to make their wedding invitation one of the first glimpses into their special day as unique and beautiful as possible.” 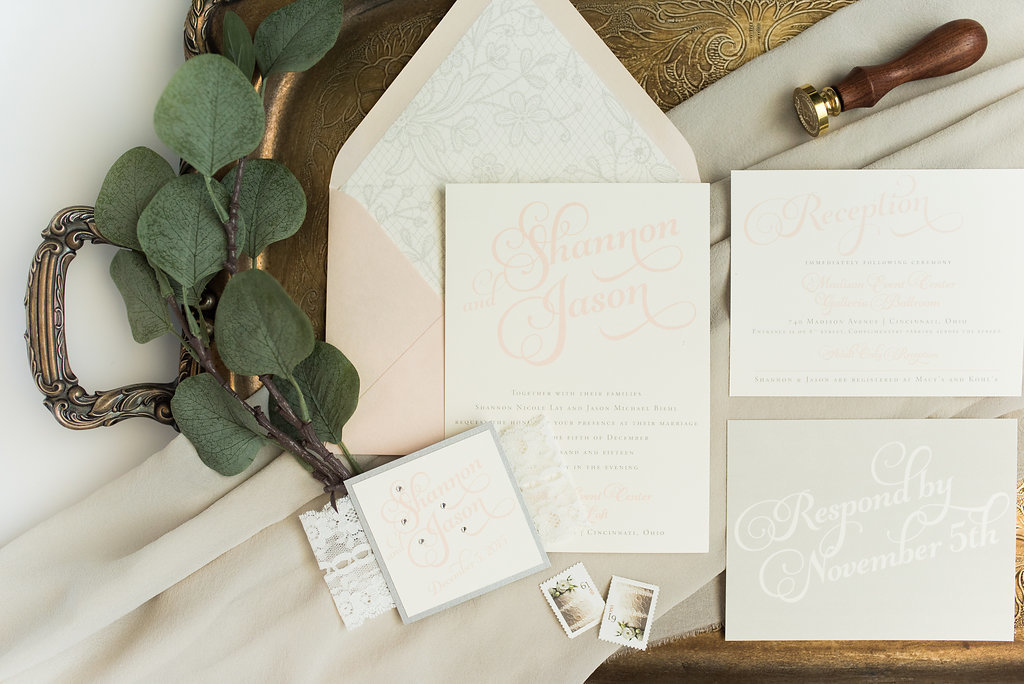 To Mount Pleasant-based designer Sarah Reed, wedding invitations are a way to charm guests into the big day with illustrious stationery, beginning with the save the date all the way through to the place card. She is known for the watercolor map invites which is ideal for out-of-town guests traveling for the wedding—which offers a where’s-where map that includes hotels, receptions and city landmarks.

“We don’t just make invitations—we go through all of the logistics and design elements for the big day to make sure that no detail is left untouched,” says Reed, who quotes Charles Eames: “The details are not the details. They make the design.”

Designer Kelli Anderson created a Paper Record Player as a wedding invitation for one couple; Karen, a rights advocate lawyer, and Michael, a Grammy-nominated sound engineer. “Music brought them together so it is only fitting that their invite should be delivered in music form,” said Anderson. “Their invite is a record player, that when spun, will play a song they wrote together.” 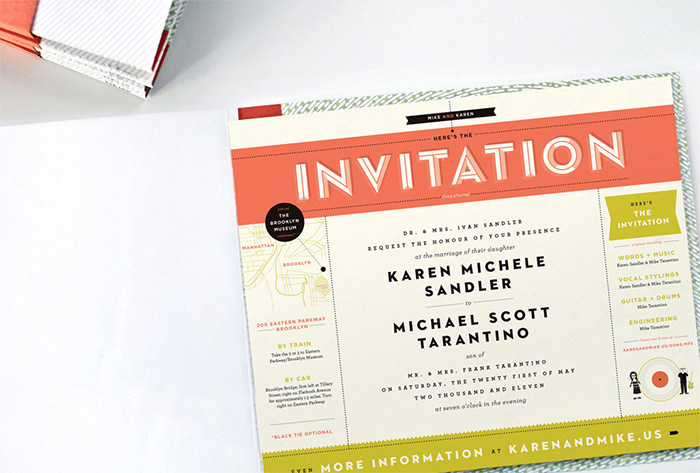 Anderson explains that the booklet-style invite has paper folding that amplifies the sound of a sewing needle moving across the grooves of a flexidisc record. “The hand-spun record yields a garbled, but scrutable listening of an original song by the couple,” she said. “It requires a bit of tinkering and folding —effectively championing the inner science-nerd kid in the recipient. The whole thing serves as an interactive packaging for the song—which can be experienced on the paper record player.”

“It felt really important that the invitation reference the social role of music in bringing people together… and ideally would feature an original song by the couple to seal the deal,” she adds.

Elana Dweck is the founding designer of Mélangerie, a New York-based bespoke paper project company which designed genius-level Viewmaster Invitations, where guests are mailed the retro 1980s photography toys as wedding invites. Really, pop in the rotating photo card and fit in a custom image reel to wedding guests. “It’s sent off with the wedding card, and of course a Viewmaster,” said Dweck. “Guests can check out your photos and have a bit of fun themselves.” 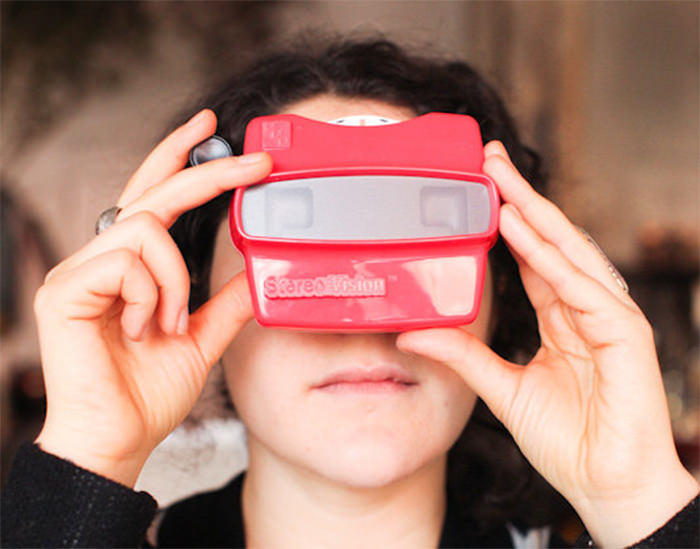 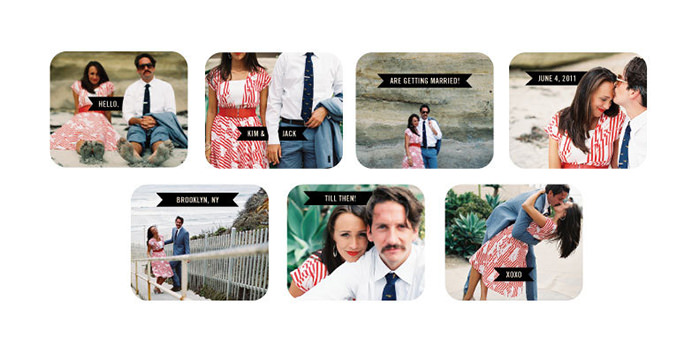 The post 6 Reasons Why Wedding Invitations Will Never Go Digital appeared first on HOW Design.